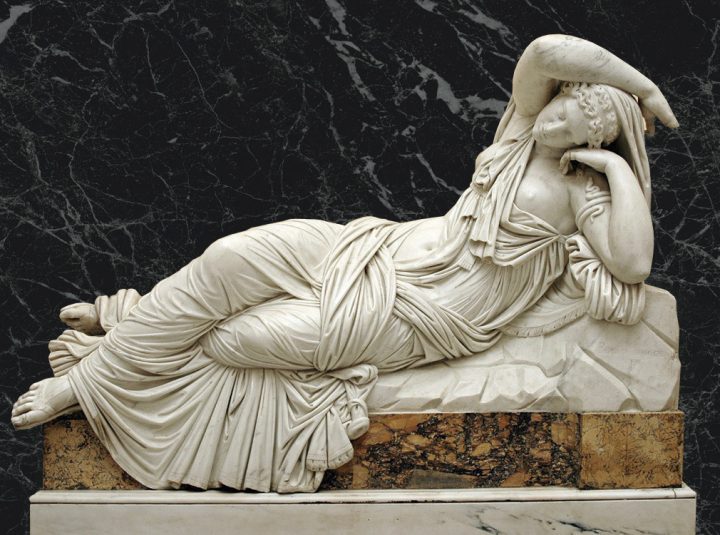 In 2020 the 23rd St. Petersburg International EARLYMUSIC Festival will be mostly online via the VKontakte social network and the ‘St. Petersburg’ TV channel. The festival, Russia’s major forum for authentic performance of early music, will open with the premiere of a virtual production of Ariadne auf Naxos (1775), a melodrama by Georg Anton (Jiří Antonín) Benda. This unique production, a combination of music and drama, the real and virtual worlds, authentic 17th century theatre and 21st century post-industrial design, can be seen at ‘Sevcable Port’ on 29 September at 8pm. The live online transmission can also be accessed free of charge on the Festival’s page on VKontakte: https://vk.com/earlymusicfest.

The Covid-19 pandemic has presented the Festival with a new challenge: to feature genuine works of art that are no inferior in quality to the standard normally associated with EARLYMUSIC, but in online format. The online production of Ariadne auf Naxos will combine baroque gestures, declamations, German language and 18th century music with the industrial interior of an empty workshop in the former ‘Sevcable’ factory. Theseus, performed by Klaus Abromeit, will be presented in photographs by Ilya Kagan and in an audio recording – in that way, he will be able to observe ideal social distancing with Ariadne, whom he has deserted.

‘Soloists of Catherine the Great’

In 1775 the Czech composer Georg Anton (Jiří Antonín) Benda wrote a brilliant example of a now forgotten theatrical-musical genre – the melodrama Ariadne auf Naxos. He called this work for two dramatic actors and large orchestra a ‘duodrama’. The genre’s inventor Jean-Jacques Rousseau, who wrote the play Pygmalion in 1762 and added music to it in 1770, explained the essence of the experiment: ‘I have invented a type of drama in which words and music are heard not simultaneously but one after the other, as if the musical phrase is announcing and paving the way for the spoken phrase’.

Benda’s ‘duodrama’ follows Rousseau’s recipe to the letter. Johann Christian Brandes’s libretto is actually a prose version of a popular cantata based on a poem by Heinrich Wilhelm von Gerstenberg. Each phrase of text is illustrated and emotionally intensified by a short musical phrase. At key moments a dramatic declamation is delivered with orchestral accompaniment. Ariadne auf Naxos was first performed in the court theatre at Gotha in 1775 and was a resounding success. In 1778 Mozart wrote to his father about Benda’s melodramas: ‘I have twice watched a performance of a play like this with the greatest pleasure. Indeed, nothing has ever surprised me so much! You know, of course, that there is no singing but declamations, the music being like an obbligato recitative; sometimes the words are accompanied by music, which then has a splendid influence’. In 1779 Benda’s Ariadne auf Naxos was performed at Karl Knipper’s Theatre in St. Petersburg. The ‘duodrama’ proved so popular that the composer arranged it for string quartet.

This quartet version, performed by the ‘Soloists of Catherine the Great’, forms the musical basis for the EARLYMUSIC Festival premiere. The dramatic roles are played by the actor and choreographer Klaus Abromeit (Theseus) and the St. Petersburg baroque soprano Vera Chekanova (Ariadne). Vladimir Petrenko, a long-standing friend of the Festival, has written a line-by-line bilingual translation that can be purchased before the transmission.